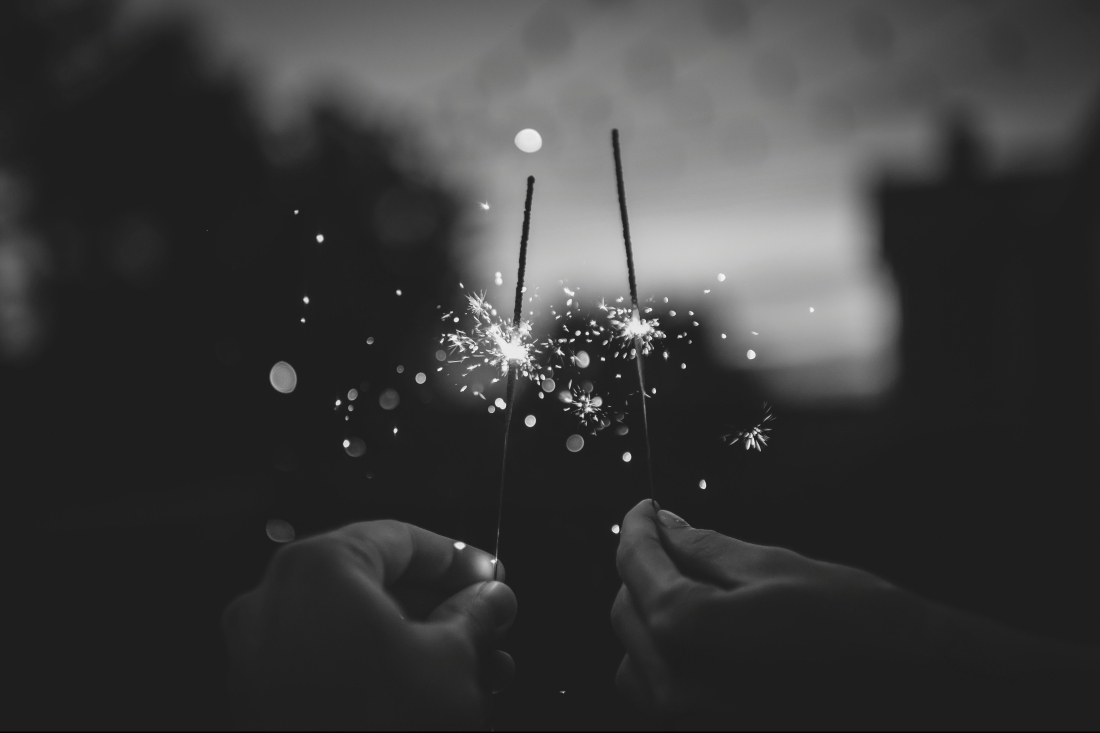 I love witnessing the excitement and buzz surrounding each New Year. There’s something special about the world sitting in anticipation and wondering about the possibilities that lie ahead. It’s a time to relish how far we’ve come, re-assess where we’re going, and ultimately cling on to hope and gratitude.

The past year was a special year for me, so I wanted to share a few quotes with you that accurately reflected the lessons I’ve learned.

#1) “To be tempted by failure at all, I must be doing something right.” – Jennifer Hettrick

People always told me I was a perfectionist, but I never took it seriously until I realized how detrimental it was. Rather than making me more driven, it had the opposite effect: it sucked the joy out of life, killed my motivation, prevented me from progressing, and kept me from taking healthy risks that were necessary for growth. I was absolutely paralyzed by the constant fear of failure and embarrassment.

I knew it had gotten to an extreme point when my supervisor from work had to stop me in my tracks, take me for a walk, and tell me that I was too hard on myself (Imagine that! My own supervisor!). He told me I had unrealistic expectations for myself that no one else had, and that it would help if I learned to be more comfortable with making mistakes. One piece of advice he gave me was this: “Life is an iterative process. You make mistakes, you correct them, and you emerge with an improved version of what you started. It’s okay to make mistakes. There is room for failure.” (Yes, I have the best supervisor, don’t I?)

After following his advice, I began to grow both personally and professionally. Freed from the pressure to make everything ‘right’ and no longer bound by the fear of failure, I started churning out work that was much more creative and higher in quality. I developed things I never knew I was capable of developing. My level of engagement rose and I found myself genuinely having fun, excited by the ability to experiment at work instead of collapsing in anxiety about it. I learned to trust in my own intuition and was valued for my talents.

It sounds kind of funny, but halfway through the year, I made it a goal to fail more often — or, rather, to intentionally seek out opportunities where I could potentially fail or embarrass myself — because it meant I was getting out there, doing things that mattered to me, trying, and really living. It was a way of increasing my tolerance for imperfection and becoming somewhat ‘desensitized’ to things I was once too sensitive about.

#2) “No one ever died of embarrassment.”

Although these words aren’t exactly poetic, they’ve seriously transformed my life. I have never embarrassed myself so much than in this past year, but I have never grown so much either — all due to the willingness to make a fool out of myself for the sake of learning and growing.

Similar to my fear of failure, I was paralyzed by self-consciousness and the fear of looking juvenile, naive, foolish, or unknowledgeable — which, in hindsight, is actually quite dumb, given the fact that no one is born an expert; everyone has to start somewhere and there is absolutely nothing shameful about admitting what you don’t know. Learning, I realized, requires a lot of humility, because it is only by admitting what we don’t know that we fill in the gap and begin our journey of knowing.

The process of growing and ‘adulting’ is always awkward as heck, and there’s no way to escape the growing pains. Everyone has to “wobble” before learning how to skate or ride a bike. To avoid “wobbling” is to avoid mastering anything at all.

After finally deciding that I’d rather make a fool out of myself than to never try in an attempt to save my fragile ego, life has expanded immensely. I’ve stopped being so attached to the outcome and have begun to relish the process of ‘diving in’. I’ve learned to make peace with the burning flush in my cheeks that comes from embarrassing myself, and I’ve learned to welcome the feeling of “cringing” from awkward moments with pride rather than shame, because it meant that I dared to grow or connect with new people. Screw the ego; some things are simply worth the embarrassment.

#3) “As soon as I saw you, I knew a grand adventure was going to happen.” – Winnie the Pooh

One of my favourite aspects of my job is the ability to interview people and tell their stories. For someone who is socially anxious, this is always an odd ordeal. I freak out before every interview, but I emerge out of each one feeling insanely alive, inspired, and connected. I love soaking people in and witnessing how they light up when they talk about something they’re passionate about. It’s a gift.

It’s true: every person you meet is a book you’ve never read. Talking to new people has broadened my horizons and been an incredible adventure. So far, this has been the recipe to overcoming social anxiety: realizing that people are worth the discomfort of reaching out to. Fear pales in comparison to the thrill of connecting. It almost doesn’t matter how nervous I am to meet someone new; I’m just too damn curious not to. In fact, it makes me sad to think of how much I would’ve missed out on had I not said, “Hello.”

#4) “I am willing to deal with the ramifications of being my full self.” – Gary Vee

I was always afraid to be myself, only showing sides of me that I thought were safe to show and only saying what people wanted to hear. As a result, I never felt at home in my own skin, always carrying the unnerving sense that people only liked me for who I presented myself to be rather than for who I really was. By hiding, I never gave myself the chance to be loved, convinced that there was always something wrong with me that needed to be concealed.

But, by daring to be my imperfect self day by day, I started to realize that people loved me exactly as I was, quirks and all. I didn’t need to change a single thing. People were much more forgiving and lenient about my shortcomings, which helped me be more lenient and accepting towards myself. The best way to find out who your true friends are is to be yourself.

#5) “A great relationship is about two things: first, appreciating the similarities, and second, respecting the differences.”

Several years ago I lived in a bubble, only associating with people who acted and thought like me. It wasn’t that I was being snobby; I was simply afraid that people who didn’t see eye-to-eye with me on certain things would never accept me. But during the few years that have passed, I’ve learned that it’s possible to develop genuine friendships with people who have vastly different worldviews, lifestyles, and beliefs.

In an increasingly polarized world, it is so important to remember that it’s possible to find meaningful points of connection between two otherwise very ‘different’ people. We may not always agree with each other, but we sure do accept one another, and that’s what ultimately makes us real friends. Knowing this has given me the courage to be myself in more ways than one.

The past year has been an amazing year filled with so many lessons — I can’t wait for what the new year has in store. Happy New Year!

I’m Celine Diaz, a motivational blogger and vlogger sharing insights on self-worth, strengthening your mental wellbeing, and finding the courage to pursue your passions. My lifelong struggle with low self-esteem, harsh self-criticism, anxiety, and perfectionism made it hard for me to feel truly comfortable in my own skin. As a result of these challenges, I embarked on a journey of healing, self-love, and maximizing my fullest potential—and now I share with you the wisdom I've learned along the way. Join me on the journey of living with intention and self-awareness; being the best versions of ourselves while accepting our quirks and imperfections; and uncovering the amazing lessons that life has to offer. For more about my story and what inspired me to start blogging, check out this video: https://celinediaz.com/my-story/ View all posts by Celine Diaz